Pre-symptomatic and early symptomatic cases (up to five days prior to symptom onset) are the most likely to account for a significant proportion of transmission of COVID-19. Emerging research suggests that people may actually be most likely to spread the virus to others during the 48 hours before they start to experience symptoms. 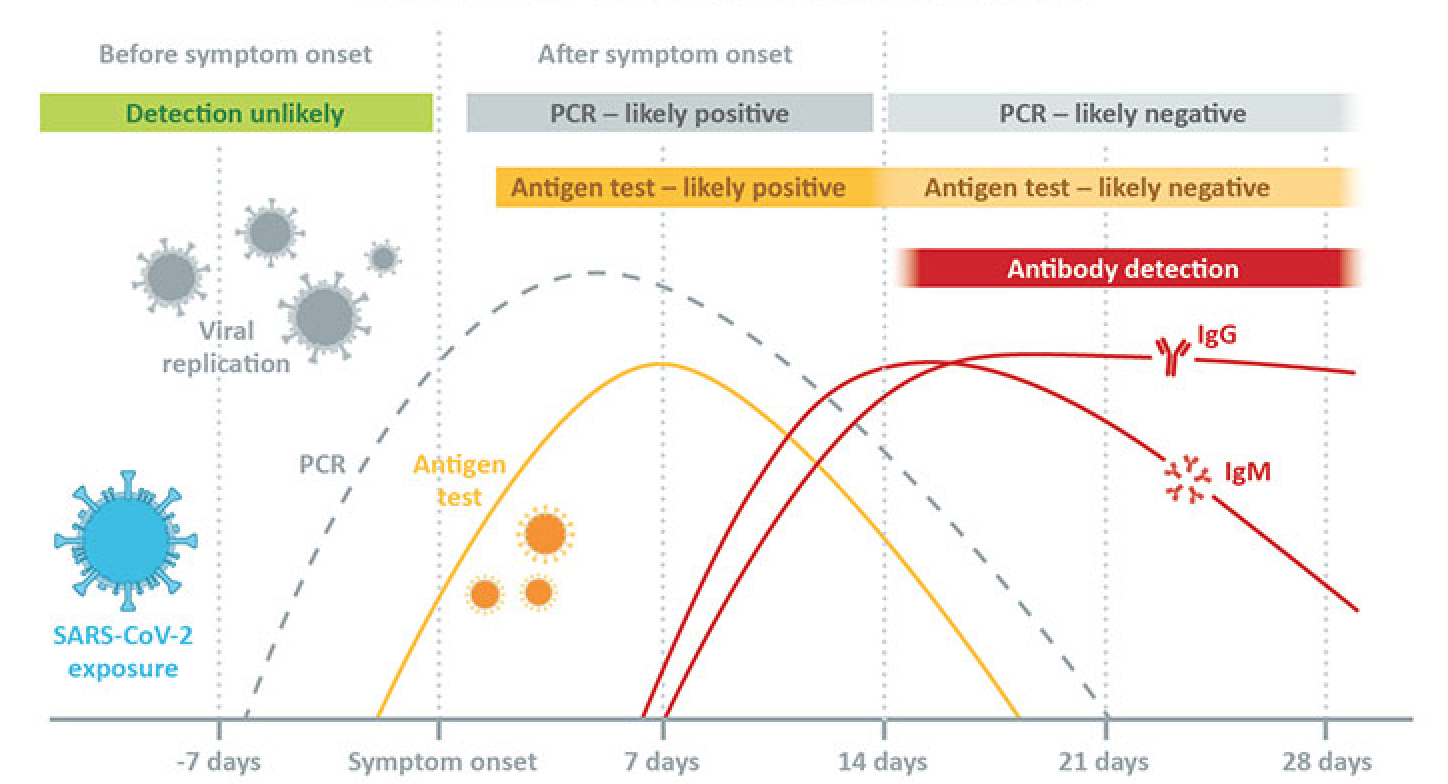 It is for these reasons that surveillance screening is fundamental to the control of COVID-19, particularly because silent infections are major drivers of transmission in the workplace.

Rapid antigen (a.k.a lateral flow) tests have been used as a low cost and supposedly simple regime of surveillance screening. They are self test kits which utilise handheld cartridges and work by mixing the sample with a solution that unleashes specific viral proteins. That combination is then applied to a paper strip that contains a bespoke antibody optimised to bind these proteins if they are present. Like a home pregnancy test, the result is reflected as a band on the paper strip.

The process doesn’t require a lab, and can be done in up to 30 minutes. However, speed comes at the cost of sensitivity (i.e. accuracy). Although rapid-antigen tests are reliable when an individual has a high viral load, they are far more prone to false-negative results when an individual has a low amount of the virus in their body. As such, they are more efficient in detecting cases in the days around the onset of symptoms, when the viral load is highest, rather than in the early days of an infection.

Using rapid antigen test kits in an attempt to identify asymptomatic, early and pre-symptomatic cases is not one of the manufacturer’s intended uses. Instructions supplied with these kits state that it is “intended for the qualitative detection of nucleocapsid antigens from SARS-CoV-2 in human nasal swabs or throat swabs from individuals who are suspected of covid-19 by their healthcare provider within the first five days of the onset of symptoms". It is meant to be used as a diagnostic test not for surveillance testing due to it's limitations.

With increasing pressure on the UK government to take action, the real-world use of these antigen tests has been extended beyond their original intended purpose of post-symptom diagnosis to encompass routine surveillance screening. The dangers of disregarding or misunderstanding the imperfections in test sensitivity are evidenced by the outbreak that unfolded in the White House, which relied exclusively on rapid antigen screening as a sufficient measure to prevent transmission.

RT-PCR testing, on the other hand, looks for the RNA of the virus and amplifies it to such an extent that very low levels of virus in an individual can be detected. This makes the RT-PCR test much more accurate and useful for detecting pre-symptomatic infections at a very early stage.

The sensitivity of rapid antigen test kits has been presented by manufacturers in a way that inflates their performance characteristics. Figures in the 95%+ region are commonly stated, however, the actual accuracy in practice when used in workplaces as a surveillance screening tool is much lower.

This may be due to some of the operational drawbacks associated with the use of rapid antigen tests:

Sampling for detection of SARS-CoV-2 by rapid antigen test relies mostly on nasopharyngeal specimens, which is a sample taken from the upper part of the pharynx. This can be difficult to access and without proper instructions individuals may not collect an adequate sample for testing; 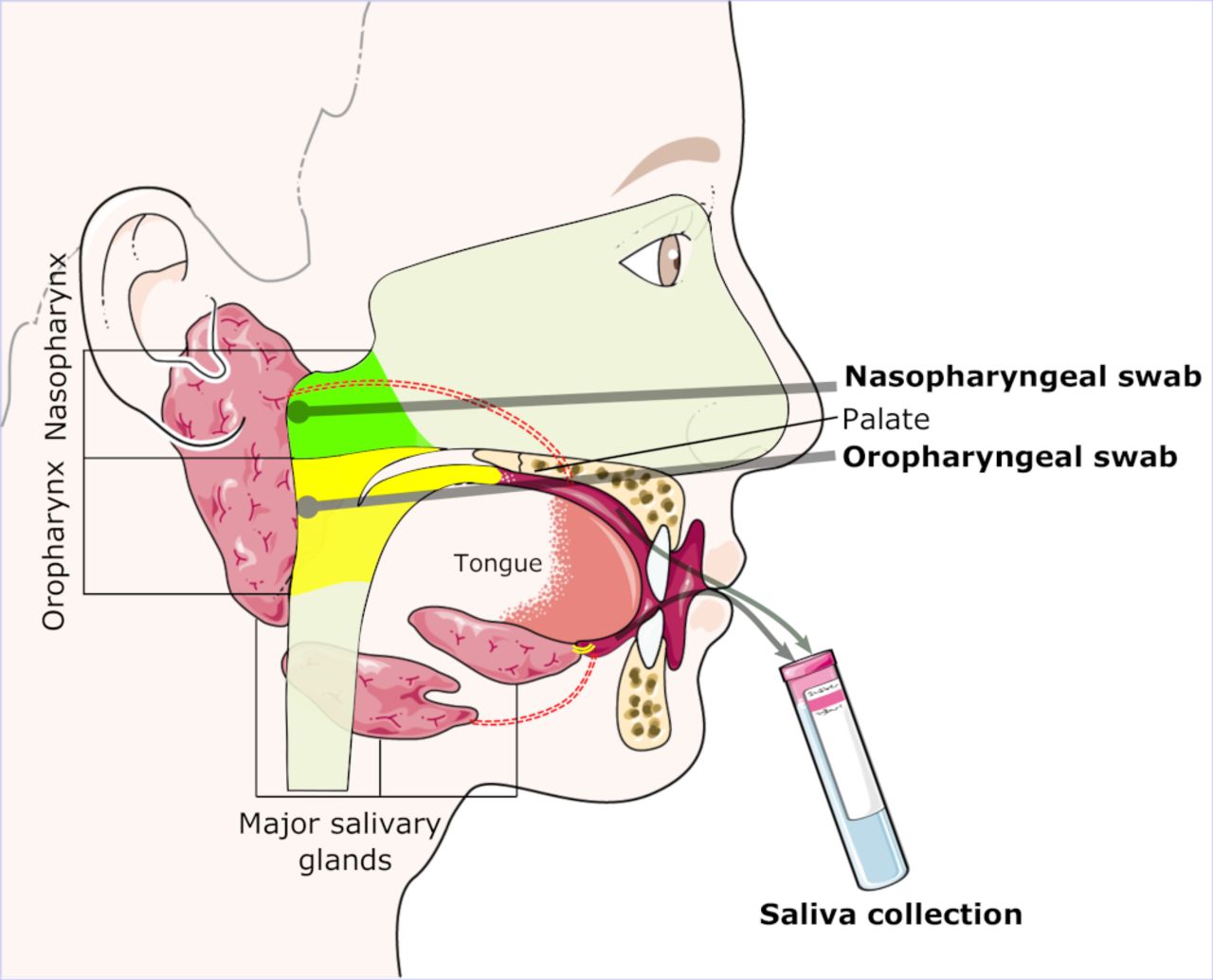 Samples that are not collected correctly may not contain a sufficient amount of the virus (if present) to be detected. Without proper sample collection, the test may give false-negative results and indicate that the individual is not infected;

Although the majority of rapid antigen tests use nasopharyngeal specimens, some commercially available test kits utilise swabs taken from the lower nasal region which makes testing less invasive and more tolerable for patients than nasopharyngeal swabs. Nasal specimens from the nostrils provide similar information to those from the back of the nose (nasopharyngeal ) and throat (oropharyngeal), as long as the specimen is of good quality. This can help avoid the operational drawbacks because an individual will be more likely to collect a good sample without discomfort.

PCR testing, on the other hand, can use a simple saliva test which is much easier to collect, provides more consistent and reliable specimens, and has much higher sensitivity (accuracy). 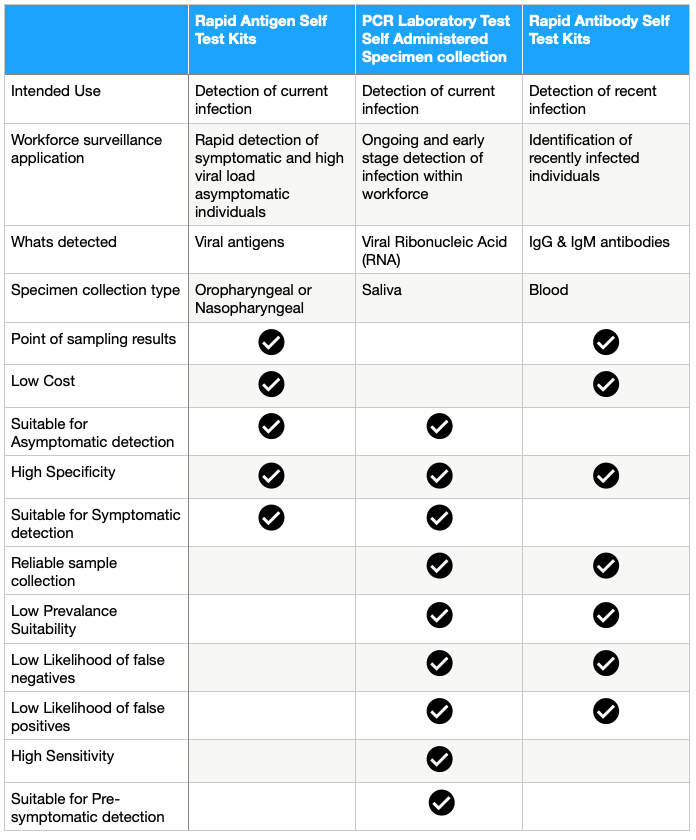 Birmingham University used the Innova SARS-CoV-2 rapid antigen test, the only officially approved rapid antigen test. It was sent by the government to those universities that volunteered to test students. The same test will be rolled out to test for the virus in asymptomatic students and staff in schools and universities around the country.

Birmingham spent six days testing 7500 students in a process overseen by Alan McNally, director of the university’s Institute of Microbiology.

Jon Deeks, professor of biostatistics at Birmingham explained the results.

“We found two positives in 7189 students, which scales up to 30 per 100, 000 and was shocking in itself, as Birmingham has a rate of 250 cases per 100, 000,” he said. “These results are especially worrying for schools: the government should not be proceeding with plans for schools testing until they have a proper evaluation of the test.”

Using RT-PCR testing, the team re-tested 10% of the samples that had been negative with the Innova rapid antigen test and found six false negative cases, raising the rate to 60 per 100, 000.

John Deeks said on Twitter, “We thus estimate that we found 2 cases and will have missed 60 (because we only double tested 10%). We estimate the true prevalence to be 0.86% which is much more credible than the 0.03% test positive rate. Our estimate of overall sensitivity is 3.2%.”

Scottish universities and colleges tested students from 30 November to 13 December, conducting a total of 43, 925 rapid antigen tests across all test sites. Of these, 79 (0.2%) were positive, although preliminary analysis of 31 of these positive samples showed that only 13 were positive on PCR testing, giving a false positive rate of 58%.

In Liverpool, a rapid antigen test called the Innova lateral flow test was piloted in the city of Liverpool as part of the government’s plans to carry out mass vaccinations in the country. The aim was to allow workers back into offices and allow families to hug their loved ones again in care homes.

But this ‘test to enable’ strategy backfired when scientists found that in a population of mostly people with typical COVID-like symptoms, the test’s sensitivity fell to about 58% when administered by self-trained staff, versus 73% when tested by skilled research nurses and 79% when tested by laboratory scientists. In a study that looked at people without symptoms, the sensitivity fell to roughly 49% versus PCR tests. The sensitity of the rapid antigen tests was not as high as the manufacturer's claimed when used as a general surveillance tool.

Currently, three new variants of the virus (SARS-CoV-2) are creating concern, including the UK, South African & Brazilian variants which seem to spread more easily and quickly among people due to mutations in their spike protiens. 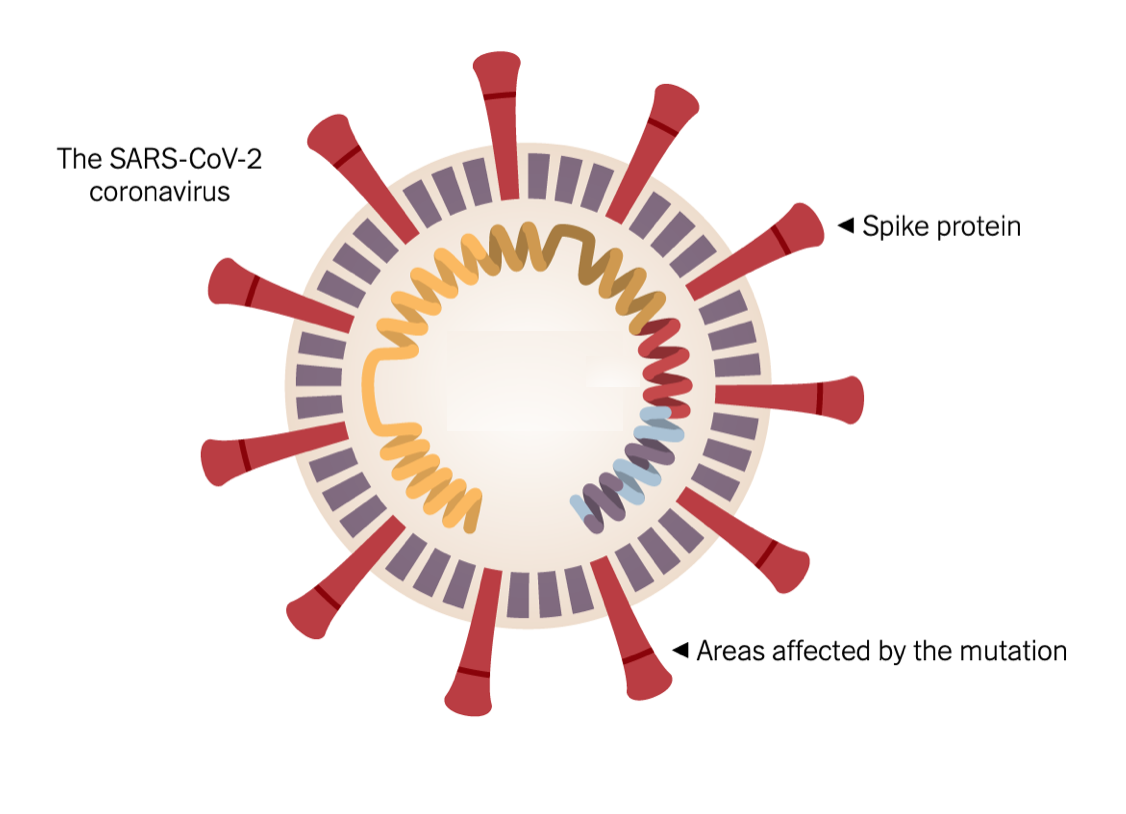 The vaccination program in the UK has currently achieved a 50%+ coverage of all adults, the effect of this mass vaccination means that an innoculated individual who then contracts the virus will have a significantly lower viral load than a non vaccinated individual. The reduced viral load means that the sensitivity of rapid antigen tests used for surveillance purposes in the workplace will be significantly reduced.

The terms sensitivity and specificity are commonly used to describe the effectiveness of various COVID-19 testing methods but what do these % values actually mean?

PCR tests are considered the gold standard because they are generally highly sensitive and highly specific.

The percentage of a population that is currently infected with COVID-19 at a given time.

Reverse Transcript Polymerase Chain Reaction (RT-PCR) is a laboratory based technique used to identify the presence of the genetic material (RNA) present within the COVID-19 virus. This form of testing is highly sensitive as it amplifies small quantities as low as 6 copies of the RNA material within a sample to billions of copies within 1 hour.

Antibodies are proteins created by your body's immune system soon after you have been infected or vaccinated, they can be detected within a few weeks following infection. Most antibody tests will identify IgM & IgG antibodies, IgM are produced in the short term after infection, whereas IgG are produced in a more delayed timescale. IgM antibodies generally rise above the detectable threshold in approximately 5 to 7 days after the initial onset of symptoms. The IgM then remains above the detection threshold for 14 to 21 days from symptom onset. About midway through the rise and fall of IgM production, around day 14 after symptom onset, IgG will rise above detection levels. IgG production will generally continue to rise for 28 to 35 days after symptom onset, peaking around or after clinical recovery. IgG typically has a long half-life and will remain above detectable thresholds for months.

Ribonucleic Acid (RNA) is the genetic material of a virus and can be detected from the early stages of exposure and up to 30 days after the onset of symptoms.

The importance of selecting the right ear protection

Five steps to preventing NOISE exposure in the workplace